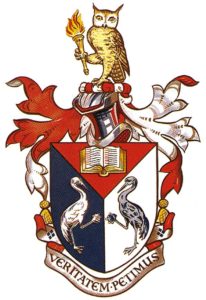 The Institute of Management Services has appointed Professor Colin Coulson-Thomas as its President. He is the sixth President of the Institute, previous presidents having been Lord Beeching, HRH The Duke of Edinburgh, Sir Monty Finniston, The Lord Chilver of Cranfield and Viscount Thurso.

Professor Coulson-Thomas is a visionary who has championed new ways of organising, working and learning, been the vision holder of major and successful transformation projects and the chairman of award winning companies, including for innovation at national and international level. He has also served on local, regional and national UK public sector boards and many professional, voluntary and representative bodies, including as chairman and/or president.

He has advised corporations and public bodies in over 40 countries on improving director, board, work-group and corporate contribution, productivity and performance, spoken at over 200 major corporate events and national and international conferences, and led more than 20 investigations to identify the critical success factors for key corporate activities and quicker, more affordable and less disruptive routes to high performance organisations.

Since becoming the Willmott Dixon Professor in 1994 while a faculty dean and campus head he has travelled the world taking professorial appointments at universities on nearly every continent. His current roles include being an Honorary Professor at the Aston India Foundation for Applied Research, a Distinguished Professor at the Sri Sharada Institute of Indian Management-Research, and a Visiting Professor of Direction and Leadership at Lincoln International Business School.

While recognised as a leading expert in corporate governance, learning and transformation, competitiveness, direction and leadership, human resources and organisational behaviour, he has written over 60 books and reports and well over 1000 articles, book chapters and conference theme papers and given multiple media interviews while on lecture tours.

His international roles include leadership of an international governance initiative which has involved him in activities and projects in Africa, the Americas, Asia, Europe and the Middle East, and being the Director-General, UK and Europe for India’s Institute of Directors, a founder member of the advisory board of Bridges of Sports and Chancellor of the School for the Creative Arts. His non-profit roles include being chair of the group risk and audit committee of United Learning.

He was educated at the London School of Economics, the London Business School, UNISA and the Universities of Aston, Chicago and Southern California, is a fellow of seven chartered bodies and obtained first place prizes in the final exams of three professions.

Colin has expressed his delight on being invited to accept the position of President of the Institute of Management Services as he has really enjoyed his long association and membership of the Institute.  He sees the Institute’s commitment to expounding the role of productivity as being a key factor in making companies more efficient and in raising living standards. He is particularly keen to expand the Institute’s sphere of influence into the African and Asian continents and the Middle East.  He stated, “There is much to be done nationally and internationally and I will do my best to promote the Institute and its work in my writing and speaking”.

The Institute Chairman Julian Cutler said, “I am delighted that Professor Colin Coulson-Thomas has agreed to become the Institute’s President as he is a long-standing member of the Institute and will make an excellent President and fulfil an ambassadorial role by projecting the image of Institute of Management Services to the world at large”.

Professor Colin Coulson-Thomas, the Cornish campaigner, author, academic and corporate adviser, is an Honorary Fellow of the Institute of Management Services on account of having made an outstanding contribution in the field of business and productivity improvement over many years and is a regular contributor to the Institute’s Journal Management Services having written numerous articles on productivity, performance, management and leadership topics.

Information on the qualifications, publications and levels of membership of the Institute of Management Services can be obtained from admin@ims-productivity.com

Professor Colin Coulson-Thomas is an international authority, adviser
and speaker on director, board and business development; change,
knowledge and talent management; and corporate governance, learning
and transformation.

Policy Publications is an independent research and publishing company
which specialises in producing books, research reports and briefings
that help directors, managers and entrepreneurs to win new business
and develop world-class business, board and corporate performance.